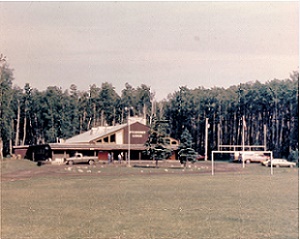 Here's a bit of history on how Birch Bay Ranch was founded and expanded to become the camp we know and love today:

In 1966, the McCaughey family donated land to a church in Edmonton to be used as a church "playground" and a camp for kids. Initially, the camp was only open during the summer months. In 1969, the main lodge (or McCaughey Lodge) was built, followed by some stand-alone cabins. The first summer camp was run in 1972, under the directorship of Bernie Jeske for the first three weeks and then Gerry and Karen Johnson for the remainder of that summer and for the next two summers . Activities offered included archery, canoeing and hiking. Also in 1972, the Gate House was built from lumber donated by Nelson Lumber. In 1973, the barn was donated from a farm in South Edmonton, disassembled, loaded onto a flatbed truck and rebuilt at the Ranch. In 1975, Paul and Sharon Shank became the Directors and horsemanship was added to the program under the leadership of Maxine Rusnak. Horsemanship was a popular activity that has been a staple of Birch Bay Ranch's activity list and what truly makes this place a ranch. 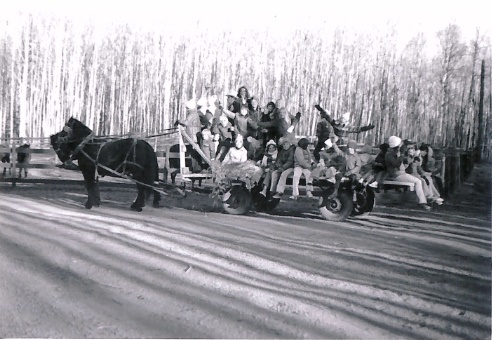 In 1977, Laird and Pam Bell became the Directors of the Ranch. In 1979, the Directors house was built with lots of help from the staff working at the time. In 1981, John and Carmen Carson became the Directors. In 1982, the Birch Bay Ranch Association was formed, and the Ranch became a non-profit organization owned and operated by the Association. Close to this time, new cabins, which were re-purposed ATCO trailers, were brought in to replace the old cabins. These cabins with attached washrooms are still used for campers today.

By the mid-1980s, construction began on a ropes course. It boasted a climbing wall, zipline, cable cross and other activities. The 1980s also saw Birch Bay Ranch begin to operate more year-round, offering its activities to rental groups throughout the year. 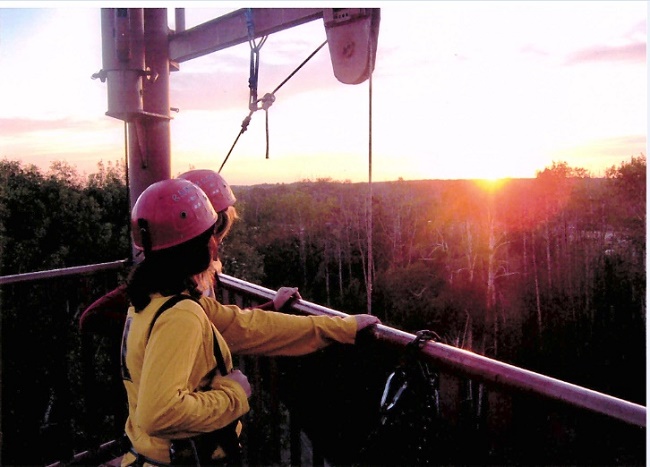 In 1991, Rob Smith was the Interim Director and then in 1992, Mike and Lori Hinger became Directors. The large Super Tower with climbing wall and zipline were added to the ropes course. The ropes course was now one of the most extensive high ropes courses in Western Canada and the Ranch's biggest draw . In 1996, Darryl and Sharon Fraess became the Directors. In 1997, the Cedar Lodge was added, housing the Ranch offices and providing another meeting area for rental groups. The Cedar Lodge was originally on a mountaintop in BC. Volunteers brought it to BBR in pieces and had to re-build it. Initially this is called the “PanAbode”, the name changes to “Cedar Lodge” in 2001. In 2001 the K3 towers were added to the ropes course providing another zipline, traversing, a vine walk, boardwalk, ascending and rappelling.

In 2002, a large, heated maintenance shop is completed replacing the old shop and located in a new area. The shop was a building at the University of Alberta, brought to BBR and re-configured. In 2008, a washroom was built providing much needed facilities for a well-used ropes course. In 2017, a state-of-the-art heated indoor riding arena is completed allowing our riding program to be year-round. In 2019, the ropes course once again expands with the construction of the "Silver Bullets", a parallel dual zipline.

In 2020, Covid-19 hits Canada in March 2020. Camps are unable to run overnight camps for the summer and in-person gatherings are not allowed. Donors are very gracious in giving to keep BBR functioning.

Although the Ranch has seen many changes over the years, one thing has remained the same: that it's an incredible place where lives are transformed!